Cardiff’s Labour Council will be given one last chance to keep their Council Tax promise on Thursday as the city’s Liberal Democrat opposition table their Alternative Budget.

As well as limiting Council Tax rises to under 2% as per Labour’s 2012 election pledge, the fully-costed Lib Dem Alternative Budget will propose additional investment in key services neglected by this Labour administration:

Current Labour plans mean they would break their 2012 pre-election pledge for the fourth time in a row. Despite promising that Council Tax rises after 2013 would be under 2%, Cardiff has seen rises of at least 3.7% every year since.

Click here to back the Lib Dem Alternative Budget. 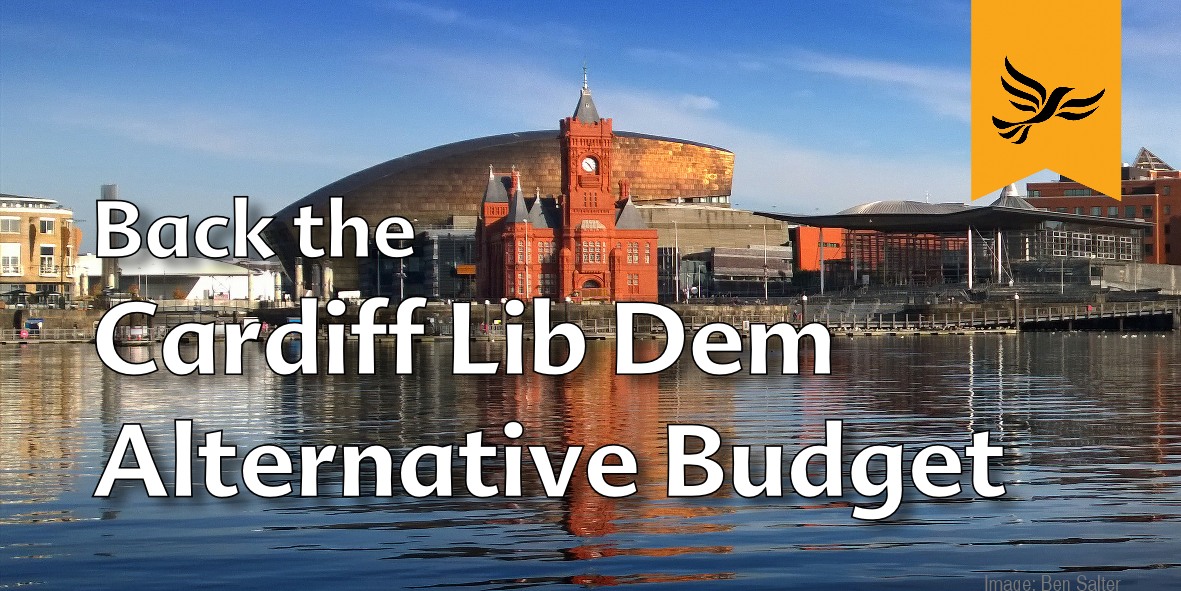 “Our fully-costed plans invest in vital services that Labour have starved of cash: extra money to fix our roads and pavements, bringing back community sweepers to keep our streets clean, and reinvesting in our vital libraries.

“Labour are set to shamefully break their Council Tax pledge for the fourth year in a row. The Lib Dem Alternative Budget gives Labour one last chance to keep their promise to the people of Cardiff.

“We all know Labour’s track records with budgets - their division and infighting was laid bare for all to see in the Council chamber two years ago. With Labour’s majority at just five, we have a chance to start to put right Labour’s wrongs of the last five years – but only if other opposition councillors unite behind our plans.

“This Alternative Budget shows that better is possible in Cardiff. If Labour councillors won’t vote for this Lib Dem plan on Thursday, then the only way to secure it is for Cardiff to vote Lib Dem in May.”

The fully-costed proposals can be viewed here.