There's only one way to stop Labour in Cardiff

Just look at the facts: 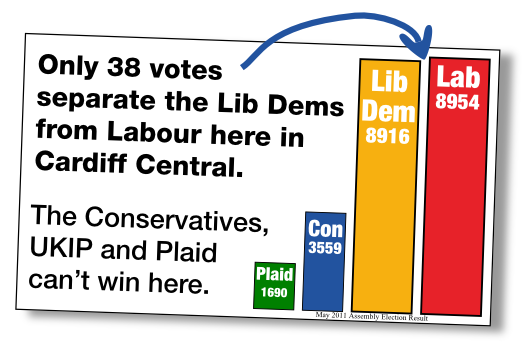 This was the result at the last Assembly election here in the Cardiff Central constituency.

There were just 38 votes between the Lib Dems and Labour here five years ago.

The Conservatives were in a distant third place and UKIP came fourth here in 2015.

The facts speak for themselves.

Only a Lib Dem vote in May can beat Labour.