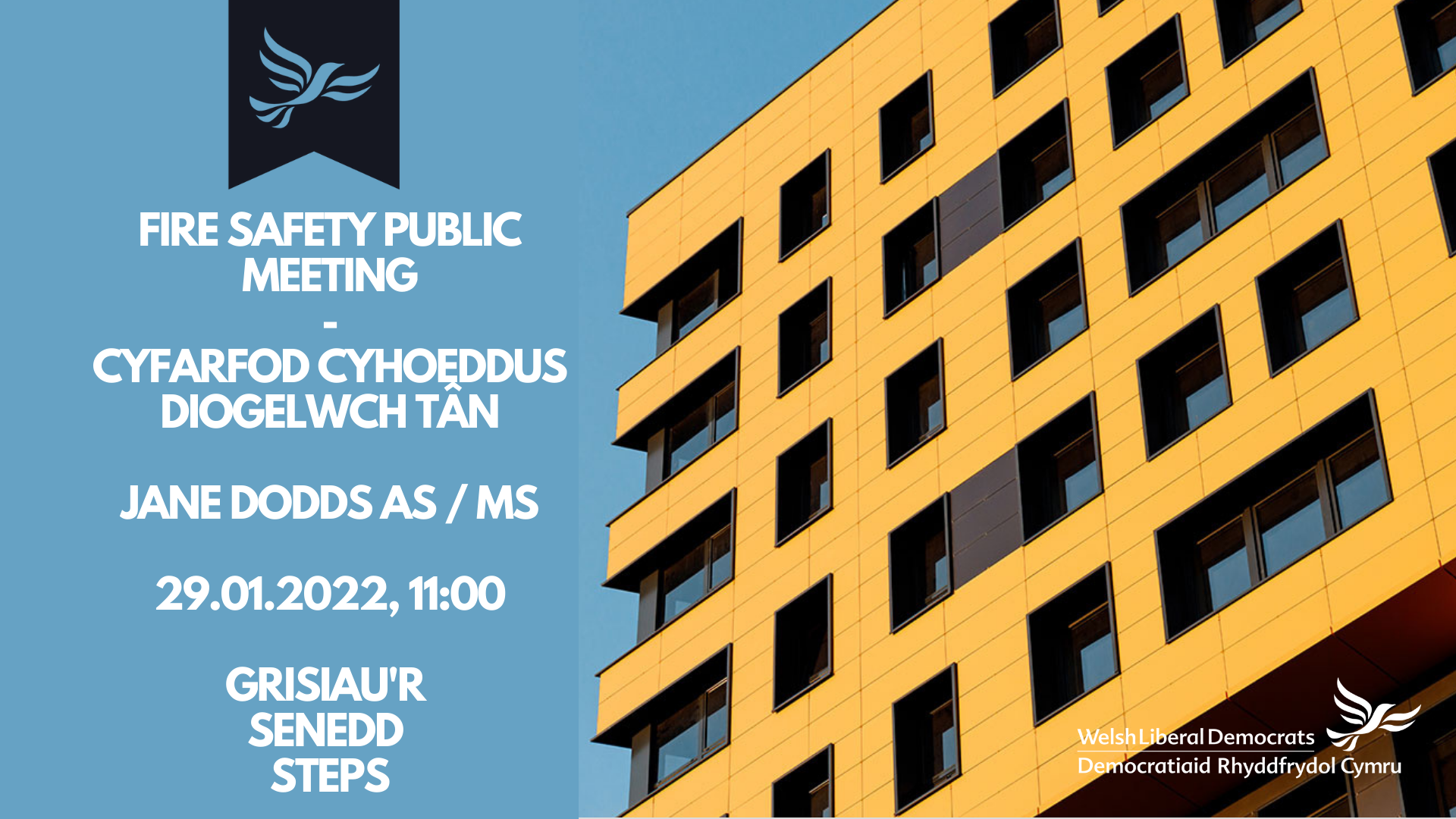 We all remember seeing the horrific scenes of the burning tower at Grenfell on the news over four years ago.

It was later found that the Grenfell tower was covered in unsafe, flammable cladding and lacked a whole host of basic fire prevention measures. We saw the dangers of developers putting profit ahead of safety.

Despite calls across the UK for swift action from the UK Government and Welsh Government has been sluggish.

Now millions of leaseholders now find themselves stuck in limbo and facing huge bills, to put someone's else's error right. The Liberal Democrats will continue to stand with all leaseholders and hold developers to account.

Join Welsh Liberal Democrat leader Jane Dodds MS to share your stories and shape the party's work in the Senedd in response to this issue.