Jenny Willott, the Liberal Democrat MP for Cardiff Central, has welcomed a report from the Confederation of British Industry (CBI) which includes recommendations on how to improve living standards. 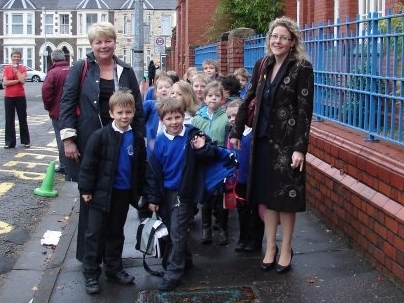 The CBI report includes calls to help families by increasing free childcare and echoes plans already set out by the Liberal Democrats to extend free childcare to 15 hours a week for all children from two-years-old.

“In Government, the Lib Dems have argued for an increase in free childcare and currently all three and four year olds, and 40% of two year olds from the most deprived backgrounds, are now eligible for 15 free hours a week.

“In September, we announced plans in our pre-manifesto to provide 15 hours free childcare each week for all two year olds and we have long term plans to extend free childcare to all working parents from the end of parental leave, at 12 months, as well as a guaranteed 20 hours for all two to four year olds.

“It is good to know that the business community want the same thing, as the cost of childcare is one of the biggest barriers to employment for many people, particularly women.  I’m glad the CBI report makes recommendations which are effectively Lib Dem policy and I hope that with agreement across organisations that we will be able to work together across political parties to deliver these improvements.”