Jenny Willott, the Liberal Democrat MP for Cardiff Central, is backing the ‘Know the Score, Drink Less Enjoy More’ campaign which aims to make Cardiff known as a safe place for a good night out. 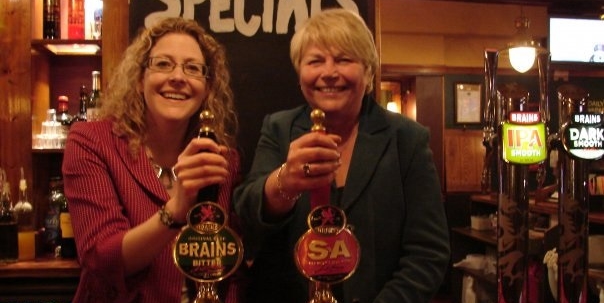 In Cardiff, South Wales Police are a key partner for the Alcohol Treatment Centre and the campaign is trying to encourage everyone to think about their own actions and to act responsibly, in order to ensure that a fun and safe night out is guaranteed for all.

At peak times, about 75% of all A&E attendances are related to alcohol and some 50% of victims of violence say alcohol was a contributing factor.

The campaign will be launched on Friday 6th February 2015, in the wake of the opening game of the Six Nations Championship Rugby Union Tournament between England and Wales at the Millennium Stadium in Cardiff.

“With the upcoming Six Nations tournament, it is essential that everyone plays a role in acting responsibility. Whether it is drinking less, or thinking before serving alcohol, if everyone contributes to the effort we can reduce the number of alcohol-related incidents.

“People can find out more about the ‘Know the Score, Drink Less Enjoy More’ campaign by following #DrinkLessEnjoyMore on social media.”