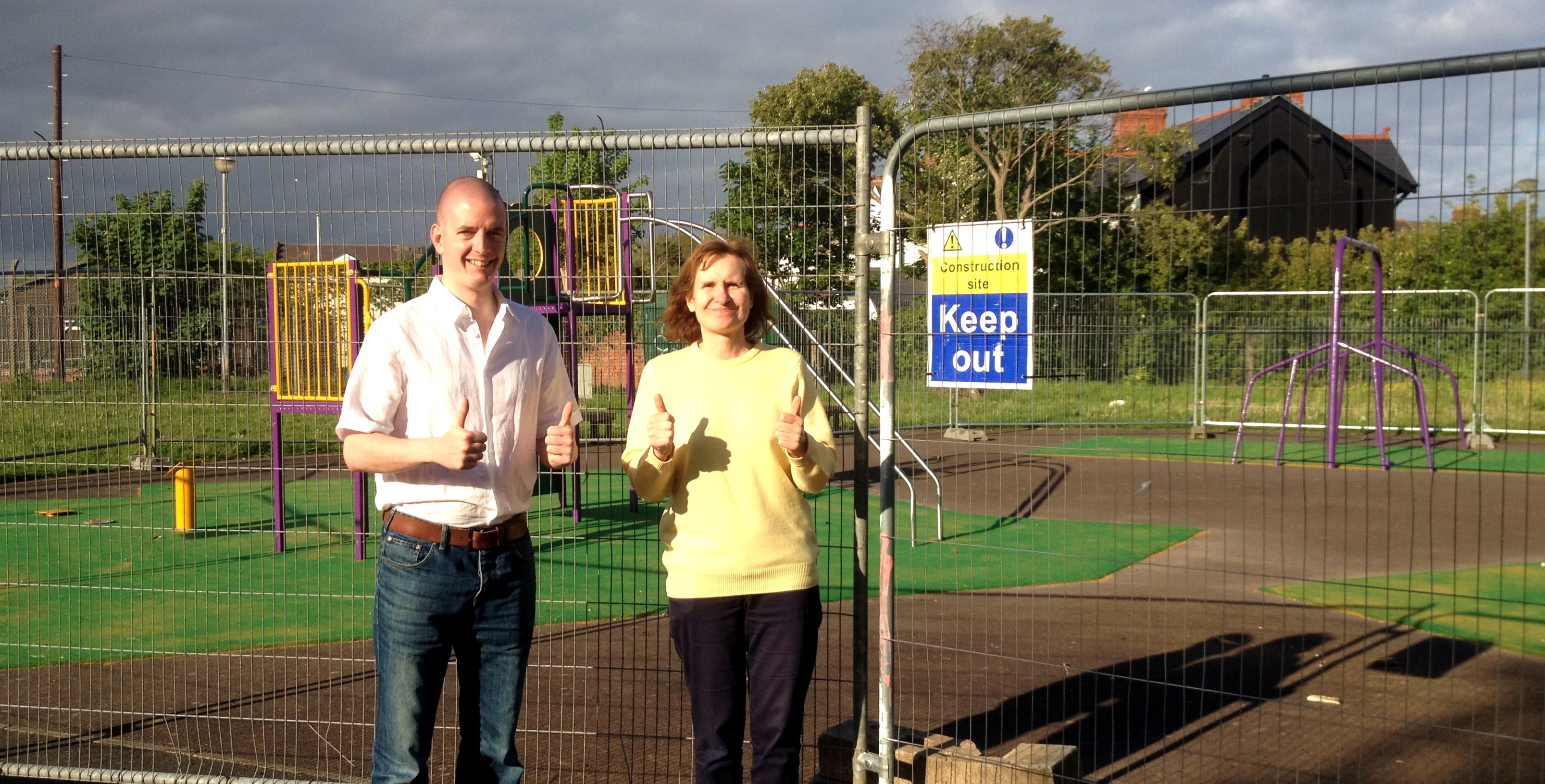 Work is currently being carried out to replace old equipment at the playground, near to the Maindy Centre.

Gabalfa councillor, Ed Bridges, said: “The playground is well-used by residents from both Gabalfa and Cathays, and we have long been calling for improvements to be made. It’s good to see the hard work paying off.”

Cllr. Elizabeth Clark from Cathays added: "Work started in April, and finishing touches are now being made - meaning children should be able to use the new equipment very shortly. It's been really good to see councillors from both wards coming together on this project."