A survey run by the Cardiff Liberal Democrats has revealed how residents of Pentwyn feel about their local leisure centre, and their hopes for its future.

Pentwyn Leisure Centre is currently operating as a Covid-19 mass vaccination centre but is to be refurbished and run as a community facility by the Cardiff Blues once the vaccination program concludes.

95% of those surveyed regarding the future of Pentwyn Leisure Centre expressed a desire to see a café facility return to the centre when it reopens following the pandemic, with 94% going on to say that they would use the café, were it returned to the centre. 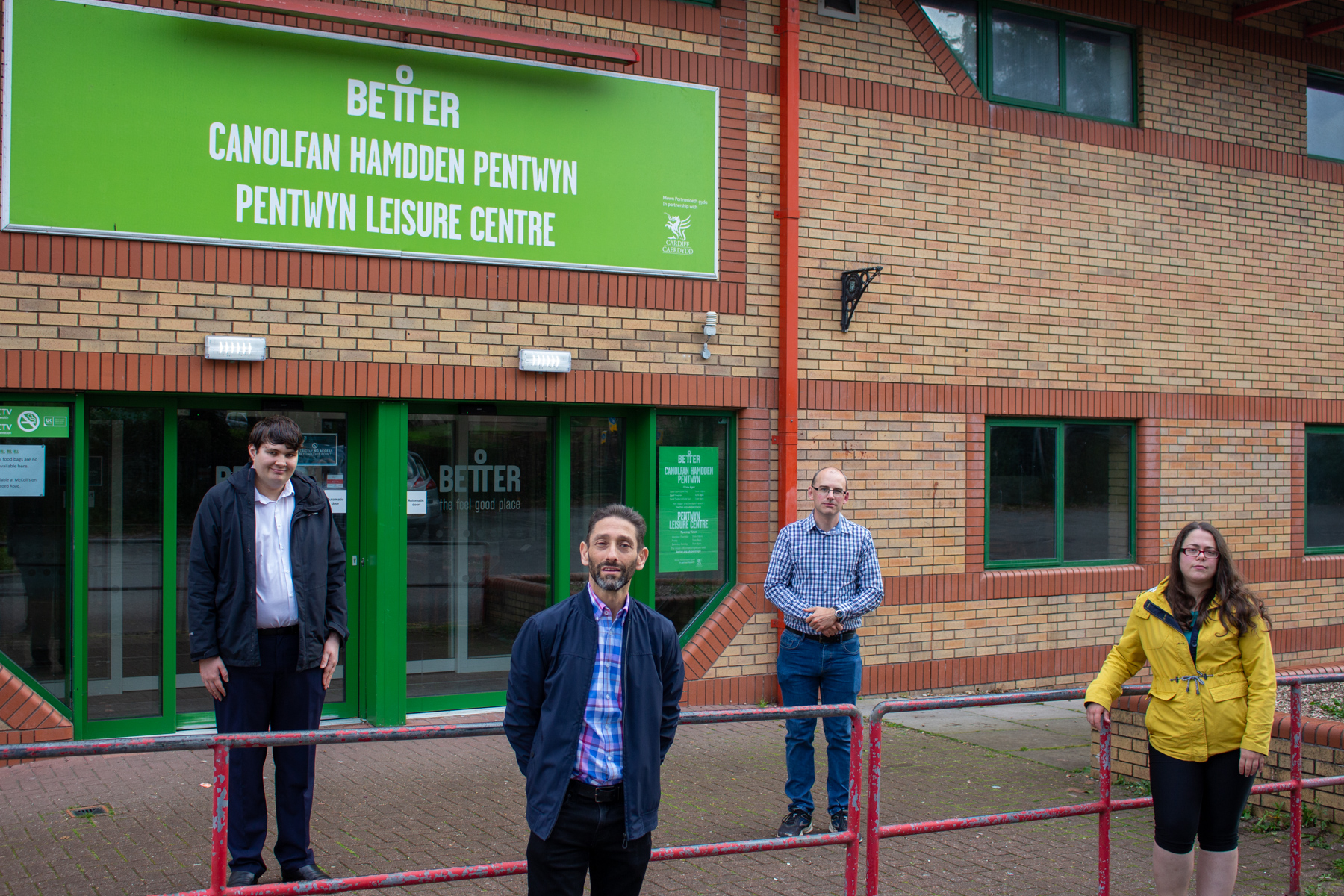 Cllr Dan Naughton said, “We’ve been concerned to see the café referred to as a ‘catering concession’ in the council’s own press release. It is clear from the results of our survey that the café is much missed and should be returned to the leisure centre when it reopens.”
The news of forthcoming investment in the centre is very welcome after years of residents feeling that it had declined in quality and offerings since the take over of operations by Better/GLL. The survey found that 73% of respondents are not happy with the current operating arrangements.

Cllr Emma Sandrey added, “We’ve known for some time that residents were unhappy with the facilities provided at Pentwyn Leisure Centre since Better/GLL took over, and many were fearful that services were being deliberately run down to justify the selling of the building. It is great to see these fears allayed for good, however it is vitally important to consult with the community on these plans to gain their confidence and trust going forward.”

The vast majority of those surveyed on their use of the leisure centre in the past stated that they used it for swimming (79%), with other popular activities including the gym (42%) and fitness classes (34%). There was an even split between those who strongly agreed/agreed and strongly disagreed/disagreed that the pool in its current form meets the needs of the community.

Cllr Joe Carter stated, “There is a very clear split in the community as to the future of the pool, so we believe that any consultation on these plans must pay close attention to this divide and try to come up with a solution that modernizes the swimming offering while not putting off the regular pool users.”

There was a slightly more distinctive result with regards to the state of the gym, with 63% strongly agreed/agreed that they are happy with it as is, while 37% strongly disagreed/disagreed.

Cllr Rodney Berman, Welsh Lib Dem Senedd candidate for Cardiff Central, said “Cardiff Liberal Democrats believe that the results of this survey demonstrate the need for community consultation on the plans for the leisure centre before they are moved forward. The future success of this new community facility rests on the new model being something that works for residents as well as for the council and Cardiff Blues.”